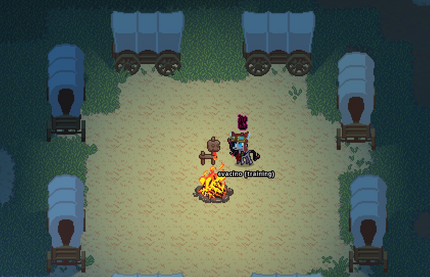 "Them's Fightin' Herds" launches with the Pixel Lobby multiplayer mode. From there you can also access the Salt Mines, a Player vs. Enemy gameplay mode."

In the Salt Mines you can unlock Accessories to customize your playable Avatar. Accessories are unlocked by opening chests with 'Salt' - the currency of Reine. You can earn Salt by participating in fights with other players and exploring the map.

The information below is being updated constantly. There's a chance that new information has been added and / or changed since you last visited!

"The Wiki needs your help to discover all the secrets these modes have to offer, from locations to accessory unlocks!"

Please post any of your findings below! It doesn't matter if it's text, an image, or a video!

It also doesn't have to have been discovered by you - so its perfectly OK to cite from another forum / YouTube video / ect. as long as you provide the original source of information!